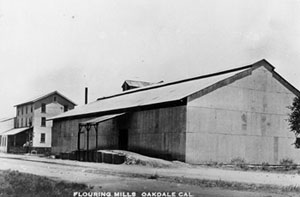 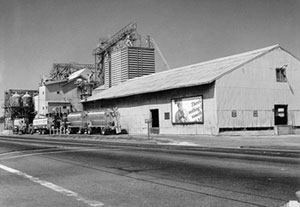 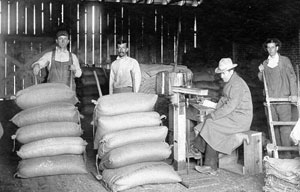 In 1988 the A. L. Gilbert Company again assumed the name of Farmers Warehouse when the sacked feed business was acquired from the Steele family when they closed their plant in Modesto and the Farmers Warehouse plant and warehouse was relocated to its present location in Keyes.

In 1992 the distribution center in East Nicolaus was purchased from Jim Roosevelt. The Company has continued to grow and expand its product line. We proudly produce Showtime show feeds, LMF Horse Feed, and other fine products. The company has grown to have customers in seven states and many export locations. Farmers Warehouse is the sacked feeds division of A.L. Gilbert Company. We formulate, manufacture and distribute feeds for all breeds of animals. Our distribution territory includes California, Oregon, Nevada, Utah, Idaho, Arizona, Hawaii, and the greater Pacific Rim Islands. Within this territory we have over 200 independent dealers that sell our products. Our product line is very extensive and we use only the highest quality ingredients in our mixes. Our nutrition staff combines over 100 years of personal experience with the new technologies of today to produce our exceptional products.